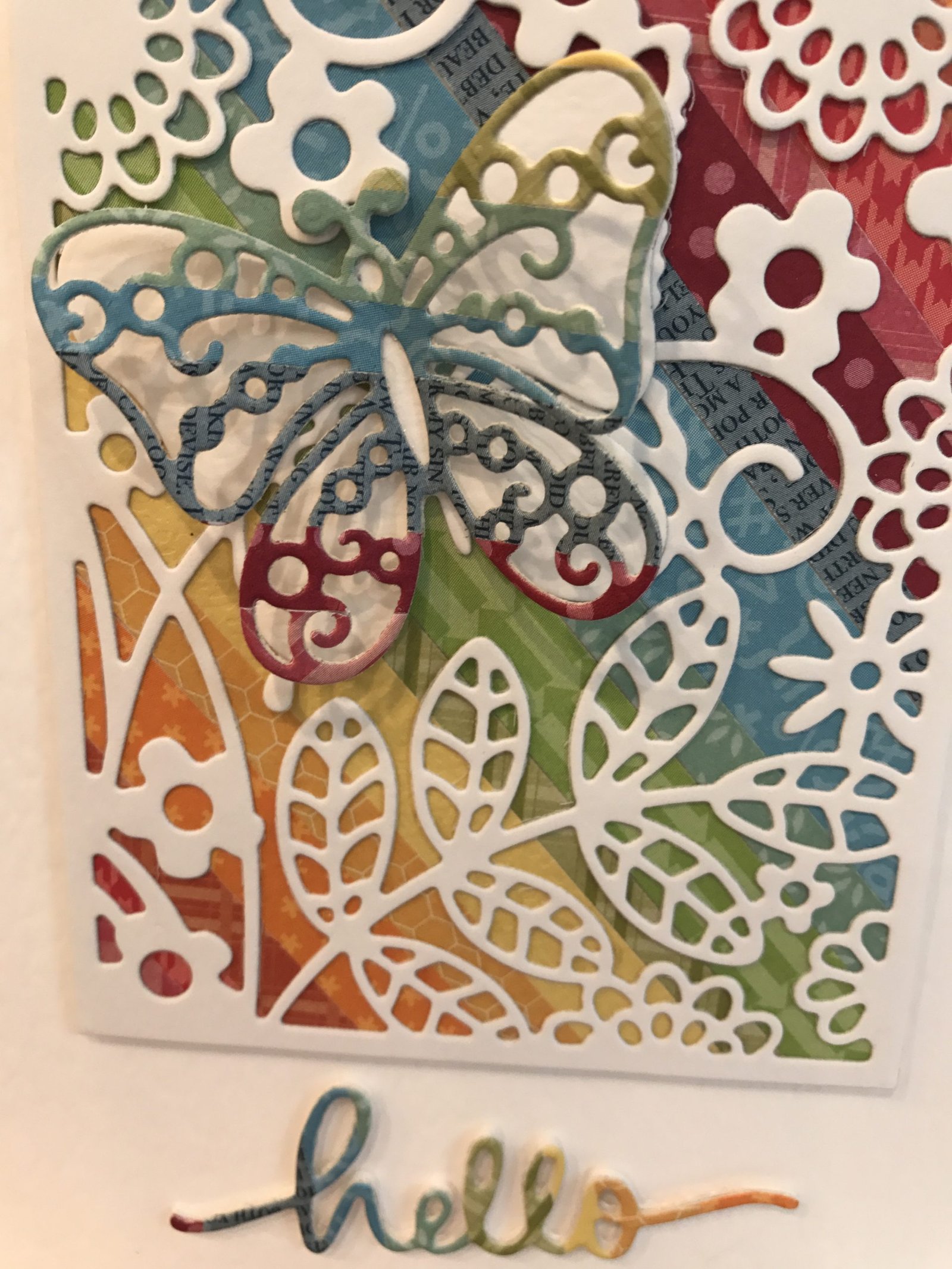 It’s Day 3 of the Rainbow Maker Class at OnlineCardClasses.com.  The lessons today were all about die cutting rainbows.  The technique that I tried out for this card was to cut thin strips of paper to create a custom rainbow patterned paper.
This was a super fun technique and you can use up your scraps and make some really cool paper.  I cut thin strips of paper in various sizes.  I decided to use patterned paper rather than just plain cardstock to add interest to the paper I was creating.

I cut a piece of some double sided adhesive to about 5″ x 3 1/4″ and then applied it to some white cardstock.  After taking off the release paper to reveal the sticky side, I started laying down strips of paper in a rainbow order, alternating the width of the strips until the adhesive was totally covered.
Next step was to use a really pretty background die that had florals and a large butterfly to cut out a die cut using white card stock.  My plan was to put the rainbow paper behind this delicate lacy looking background.

I created a custom card base (4 1/4″ x 7″) using some Hammered White Cardstock and popped up the Butterfly Floral Background using some foam tape.
For the sentiment, I cut out 3 more “Hello” die cuts using some of the Hammered White cardstock.  I layered the 3 white die cuts and then put the rainbow Hello on top creating extra dimension.
Supplies Used:

One Reply to “Rainbow Hello”